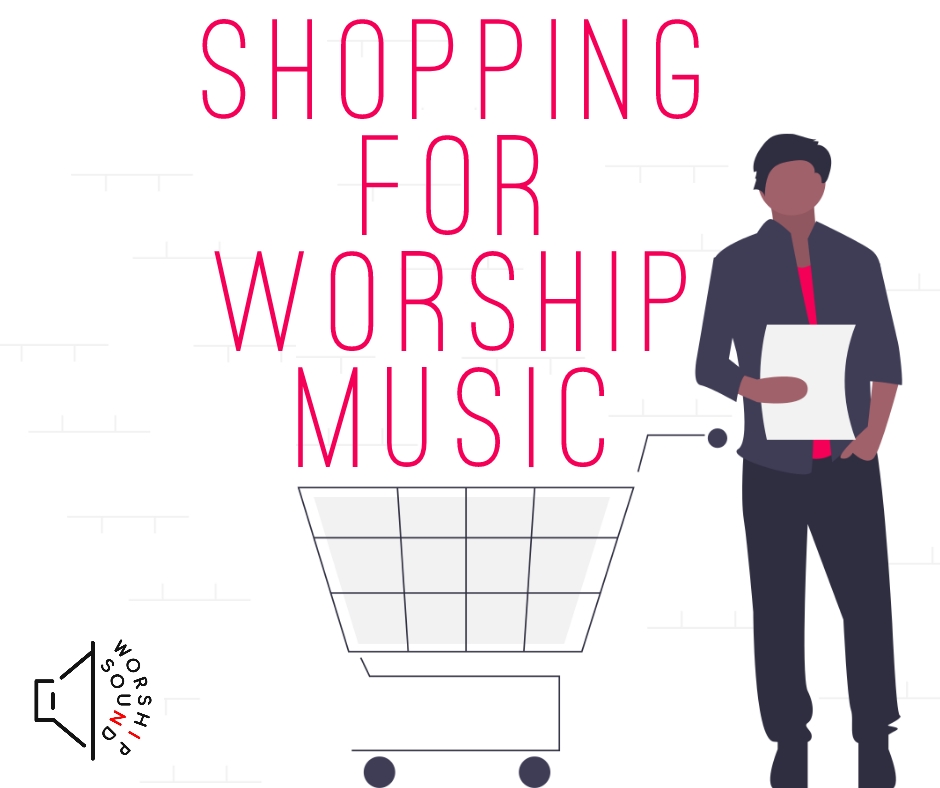 Today, worship music is many times approached by worship leaders and pastors as if they're shopping.

They're shopping for a song amongst many songs produced by the worship music industry. They want something that will really get the crowd into it. They're looking for something that will certainly produce a certain feeling—unless that feeling is conviction. They don't mind if the lyrics are not rich in sound doctrine. They don't care if the lyrics are vague either. As long as the song is popular it's likely good enough to be used.

They don't care who wrote the song or who the artist or group is associated with.


They don't look into it. You can have a church that has a nearly flawless statement of faith, who preaches against false teaching by using the Bible, and who preaches the gospel, but the strange thing about that is it doesn't apply to the worship music being used.


Instead of being able to say:

"I know who wrote this song, and I know what they mean by the lyrics they wrote, and I know it aligns with what Scripture teaches".


Many could only say:

"I don't know who wrote it, but it's liked by so many. It's what the crowd wants to sing. I haven't looked into the origin of the song. I've never really thought about it."

"Not all the hymn writers were sound in doctrine either."

That is a fact. We can apply the same line of thinking to them as well. What did they mean by what they wrote? Even still, no one is paying them for their music, and they are not part of actively false teaching ministries. The comparison isn't strong.

"Don't throw the baby out with the bath water".

Don't neglect the deserving artists who are standing firmly on the Word of God, who write biblically sound lyrics, and who are part of solid teaching ministries. Don't ignore their music in order to fund artists who don't stand on God's Word, who embrace bizarre false teaching, and who mean something strange by the lyrics they're writing.


Back to the main point on shopping—why do churches act like Bethel, Elevation, Hillsong, and Passion are the only options available? It's because what's "working" is working. The true goal is being achieved, and that goal does not include being cautious about who the church is funding or promoting. It doesn't include critically looking into the lyrics and what they actually mean.

Obviously, this is not something that can be done with complete perfection as there are no perfect artists. We should not elevate artists to the point of worshipping them, and they shouldn't desire that either. Instead, we can use the work of artists that just make great music for the corporate gathering. Hymns open up a lot of options as well.

Want to read commentary on many of the most popular worship songs of today and hymns of history? Need ideas for solid worship music? Check out the always updating Worship Music Commentary.


What will it take for churches to disappoint their congregation in order to take a stand? When will churches, frankly, ignore the music that is coming out of Bethel and other places? When will we stop pretending like the teaching differences are not significant (word-faith, prosperity gospel, etc.)? Until the demand for NAR worship music stops, the supply will continue to grow. When will we leave those songs on the shelf?


Alternatives (though they're not perfect as we are not perfect) are there, but they're hidden behind popular artists. They're the ones most aren't looking for. There are even more who have not been discovered because they're not desired. There's a growing list of ideas (for the car and corporate gathering) on the Playlists page. You can also search "Recommended" on the Commentary page to find many great ideas with many more to come.

Let's make a way for them to use their gifts in a way that glorifies God in spirit and truth. Instead of worshipping them, let's worship God together with them.